2. Hair on my Pillow

What’s that old expression, be careful what you wish for?

After yet another of the former dictator-wanna-be’s outrageous lies, disrespectful tweets or despicable actions – it’s hard to say just what it was as there have been so many of them – late last fall, I published a Facebook post requesting anyone who was a supporter to please unfriend me. My view then, as now, is that if someone is enthusiastically in his camp, well, I just don’t think we share the same values. If that means we go our separate ways, then so be it. It’s pointless to enumerate his many, many failings as a president, let alone as a human being. Suffice it to say, who he is – and isn’t – speaks for itself.

For those individuals who I knew were part of his enabling crowd, I went ahead and removed them on my own. Following that post, I saw my Friend count diminish only by one person, just one. I never had any idea of who that person was until today.

It occurred to me last night that I hadn’t seen any activity by a fellow poet friend of mine for several weeks. She’s not very tech savvy so I wondered if she’d decided Facebook was something she just wasn’t interested in any more. (She’d had someone else set up her account for her and wasn’t even sure about how to go about changing her profile photo.) To my surprise, she was still on Facebook and she had, apparently, unfriended me.

I emailed her to ask what was up, had I offended her in some way. We weren’t super close but through our poetry connection we’d established a pleasant comaraderie.

She called me today and after a brief catching up she revealed that while she hated to do it, she’d abided by my request and pulled herself out of my collection of Friends. She liked Trump, she told me. I was stunned. I still am. We chatted for a few more minutes and I was anxious to get off the call.

Not all my friends, whether real and online, share the same Party designation. I get that and, in fact, believe our country is best served by a strong two-party system. Except that right now, the system we’ve got sucks. Republicans that I respect and admire will tell you the same thing. They are as put out with this ‘man’ as I am; they’re concerned about his negative, corrupting influence, his lies and his divisiveness. These are not the people I was referring to when I made that Facebook post.

Some will take issue with my stance on this but I believe, firmly, that anybody who continues to support DJT, in spite of the chaos of this (thankfully gone!) regime, then you and I have nothing of value in common. How can we? Your character is, I believe, impugned by your blind allegiance to his monstrosity.

He incited insurrection, encouraged it, fostered it. People died as a result. Our Capitol was desecrated just as surely as was our nation’s reputation and standing in the world under his ‘leadership’. He’s lied, repeatedly and viciously, to the American people. He’s downplayed the pandemic and encouraged behaviors anathema to a more speedy and efficient resolution. Thousands have died because of his negligence. I could go on and on. He should never have been the Republican nominee, let alone elected to the highest office in the land. He was, he is, totally inept, immoral, narcissistic, corrupt and totally self-serving. His minions, to a person, are all fools to pledge him allegiance. This country will take many years to recover from the damage he’s done.

So, yes. I got what I wished for. I lost someone I’d considered a friend. But it was a friendship built on a false, shaky foundation. It’s a loss I can live with. When respect is lacking, not much else remains.

4. Geese on the Fairway

6. Collage: You Can Do This

Ah! This is what life has to offer.

The foggy dimness ever present     hovering,

Curl up, surrender, trudge on ‘til death?

We hope, anticipate, strive for more

A poet in one of the writers’ groups I belong to recently self-published a chapbook anthology, the theme of which is writer’s block that includes my poem Poetry Group Beat Down. I wrote it after attending my first Omega Poetry group meeting where I was in awe of the many talented poets gathered around the table.

The eleventh month of the year, like the 2nd, often gets a bad wrap. Oh, sure. There’s Thanksgiving, a wonderful celebration of food, family, football and fun. But as a venue for enjoying the out of doors, not so much. November is often dreary, overcast, lackluster and sparse. For those of a more pessimistic nature, it signals the beginning of long months clustered within our homes, the weather outside raging in fits and bursts, sometimes dangerously so with glacial ice covering every surface, frigid Arctic winds, seemingly endless snow and the constant shoveling, scraping and enduring it all entails. Come March we are weary, ready for spring.

But in November, if we look more closely, even this time of year offers a few snippets of beauty and wonder. I choose this latter course, cynics be damned! 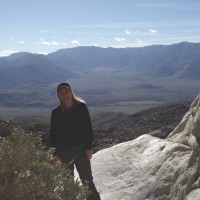 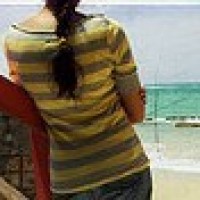 prose and poetry we think you should read

The latest news on WordPress.com and the WordPress community.

photography, poetry and ponderings of life

Myths of the Mirror

Personal Views and Experience of the Universe

From soul to soul

Haiku out of Africa

Words of Wonder, Worry and Whimsy

Tales of humour, whimsy and courgettes

Words on a blackboard

In a world of poems, words steal love and put it on a blackboard

If you want to be a hero well just follow me

This, that, and then some.

Poetry and Writings - A Mind

writing fantasy for your entertainment

Using creativity and humor to build strength and redefine "broken"

Art, words, and the occasional octopus

Cee's Showcase of Photography
Out of My Write Mind

The blog of Sandy J. White

Never too old to travel!

Welcome to the Anglo Swiss World

Taking and Editing Photos as I Explore my Florida Surroundings. What Fun!

A daily selection of the best content published on WordPress, collected for you by humans who love to read.

The Best of the visual Web, sifted, sorted and summarized