This looks like the kind of place one would expect to find Little Red Riding Hood, lollygagging with her basket of goodies, skipping to her hearts content without a care in the world…

Well, without the power lines, that is. 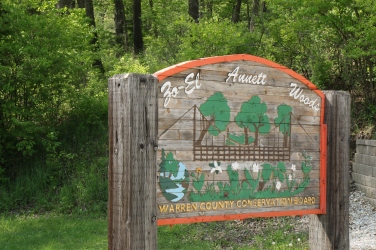 My sister had tipped me off quite awhile ago about this tiny little county park not far from where she lives. I’d tried several times to find it but it remained elusive until I finally asked her for step-by-step directions to its location (at the end of a dead end gravel road). And it did not disappoint! The winding trail, through deep woods, crossed several small bridges – darling enough in their own right.

There, in the midst of this small, relatively unknown county treasure, I discovered a suspension bridge much to my delight! It even creaked and swayed a bit as I crossed over to the other side. How cool is that? Their website describes the park as follows:

“Zo-El, a 10-acre woodland, features a winding trail that climbs to the back of the park, crosses a long suspension bridge and then descends back to the trail head, affording the hiker a beautiful stroll through a lovely woodland park along with a picnic ground.”

A beautiful stroll, indeed. Made. My. DAY!! 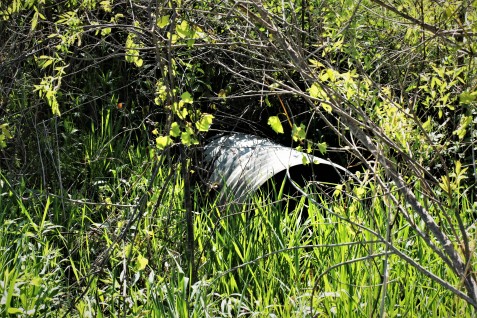 After several wet, gloomy, cold and windy days of April showers, today the sun is finally shining. It’s glorious out there! So I steered the F-150 out of the driveway, armed with a couple of cameras, one fitted with my 100mm macro lens and the other a 17-55 wide angle. True, I was getting a late start as the morning sun was more than halfway on track toward high noon. No matter. I was determined to make the best of it and indulge in a little ‘gravel travel’.

This isn’t my best work and there isn’t anything truly inspired here but what made this morning special was a chance encounter after I’d turned around on a dead end road. I’d passed an older couple in a red SUV as I headed up the hill. We waved our hello’s and continued on. After I’d circled back and was heading the way I’d come, I sighted this same vehicle coming toward me and I could see the driver putting his hand up for me to stop.

Dutifully, I did so and he (and his wife) asked if I was the plumber who was apparently due to show up at some point that day (but hadn’t yet called) and, with a grin on his face, was that me? Chuckling, ‘no’ I assured them it was not. He asked if I was lost and needed directions then. I explained that I had a couple of cameras in the truck and that I was just out taking photographs. I told them I enjoyed traveling gravel roads because ‘you just never know what you’ll find’. They seemed delighted with this response and we chatted for several minutes about the beauty in these wooded parts and about retirement and travel and life in general as well. It was so nice visiting with them and as I drove away I chided myself for not asking if I could take their picture.

These are the kinds of things that truly make my day!

Driving home from a 3-day getaway weekend, we saw the sign for St. Anthony’s, labeled as the ‘smallest church’. Stop the car. Back up….

After a five mile drive along mostly twisting, turning gravel roads, we arrived at our destination. The church holds just two rows of pews, tiny benches, really and there is an old cemetery – just a smattering of gravestones here and there. Quite the place and I’m glad we took the time to check it out. Gravel travel and backroad adventures are like that sometimes!

Here’s a link with more information ~ 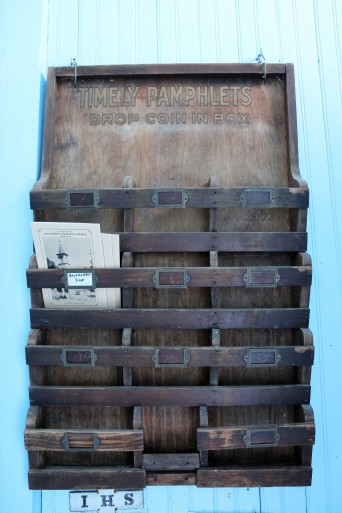